What is a Registered Engineering Associate (REA)?

A Registered Engineering Associate (REA) is an experienced senior engineering technician / technologist that has been acknowledged with an internationally recognised credential.

They are required to:

The Value of the REA Credential

The REA credential provides considerable value to the public, employers, the economy and the recipients.

As part of the registration, the Engineering Associates Registration Board expects all REAs to commit to the responsibilities and obligations listed in the Code of Ethics, as follows:

In undertaking their engineering activities, Registered Engineering Associates shall

Candidates submit their education record and experience to the EARB which assesses whether candidates are sufficiently competent to be registered as an REA under the Act.

REAs need to maintain their technical competence and are up-to-date to assure he public and the industries in which they work.

The recognition of current competency has become an essential element of contemporary occupational registration systems. Regular re-assessment of an individual’s competency is necessary to assure the public that a particular REA has remained up-to-date and technically competent. The Board has a voluntary scheme to provide that ongoing assurance of competency for REAs. There is not yet a legal basis for this in the Engineering Associates Act; hence the voluntary element to this scheme.

EARB operates a voluntary scheme to all REAs, on a four-yearly cycle.

The REAcap scheme checks an REA's knowledge, academic qualifications, engineering experience and reviews the REA's responsibilities. This way, it re-validates competence and also confirms that an REA is operating within the Code of Ethics After validation, EARB issues the REA with a Certificate of current competence.

The EA Act was passed in 1961, effective from 1 Aril 1962. It established the EARB to register suitably qualified technicians and technologists working in many occupational areas. The Government department responsible for the Act is MBIE.

Associations currently recognised under the Act are:

A Registrar is appointed by the Board to maintain the Register and to carry out the Board's operational functions.
Members of the Engineering Associates Registration Board oversee the administration of the Act.

A Chronicle of the REA Credential

John Edgar has compiled a booklet issued in July 2018. It outlines the background to the Act and chronicles significant events with the Board and REAs. John was a Board member for 24 years and then Registrar for 20 years, an association of 44 years.

Profiles of Board Members 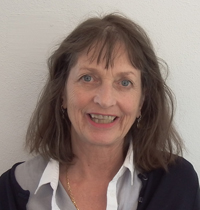 Appointed as Chair of the Board in April 2020. Deborah has been a Ministerial appointment since December 2012 and was Deputy Chair from February 2015 to March 2020. Deborah is a registered practising architect working mainly in the Wellington region. She has extensive governance experience in the building sector, within her profession (NZRAB and NZACS), with the former BIA and also is member of the Plumbers, Gasfitters and Drainlayers Board.

In practice projects, architectural practice team works on a daily basis across many sectors of the construction industry, including REAs of several disciplines, structural, geotechnical, mechanical and electrical engineering, and surveying and quantity surveying.

Appointed as a member of the Board in February 2020 on the nomination of the Design Association of New Zealand (DANZ) and elected as Deputy Chair in March 2021.

Phil started his career at Works Consultancy Services (now WSP Opus) in 1994 as a civil draughting officer in the Auckland Office working on major motorway projects within the Auckland Region. After 4 years he then moved on to a smaller civil and structural engineering consultancy where he progressed from staff engineer to Associate Director over the 14 years with them. Being a smaller company, this gave Phil the experience and knowledge of seeing a job through from initial project brief, surveying, design, draughting to project supervision and sign-off. In 2012, Phil then decided to form his own civil consulting business which he has grown over the past 8 years and now employs a number of staff.

Phil completed his NZCE (Civil) in 1998, gained REA accreditation in 2004, and more recently REAcap in 2018. One highlight of Phil’s career was working with WaterCare management to ensure that REAs were included in the final version of their Compliance Statement Policy for Producing Water and Wastewater Infrastructure within the Auckland region. This was critical to Phil, being a REA, and being able to continue to practice and run his business successfully where design and construction supervision certification are required. Phil is keen to continue to work with other territorial authorities to ensure that the REA is continued to be recognised as a valuable professional registration within the industry.

Outside work Phil’s interests include his AC Cobra sportscar and spending time with his wife and kids fishing in the Hauraki Gulf. 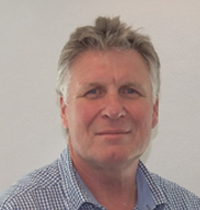 Appointed December 2012 as a member of the Board on the nomination of the Institute of Refrigeration, Heating & Air Conditioning Engineers of NZ Inc (IRHACE). Glynn is currently Chair of the Refrigerant Licence Trust Board (RLTB) and maintains currency within the industry via his shareholding and directorship of Cooling Equipment Ltd, an engineered solutions provider to the refrigeration industry.

With more than 40 years experience in the HVAC&R industry, Glynn is trade qualified having completed his refrigeration apprenticeship with Ellis Hardie Symington. He founded Cowley Refrigeration Ltd and held the position of Managing Director and CEO until he retired in 2010 after 30 years. Actively involved within the HVAC&R Industry, Glynn has been an IRHACE Councillor and is their representative on IIR’s NZ National Council. He brings wide-ranging experience to the Board, which stems from a keen personal interest in ensuring that the HVAC industry maintains a sustainable mechanism for compliance training specific to meet the challenges of a changing environment. 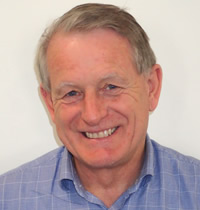 Appointed as a member of the Board March 2016 on the nomination of the NZ Institute of Healthcare Engineering. Warren started his career in the NZ Railways prior to entering the Health industry in the late 1980’s. He graduated with NZCE (Electrical) and has REA and REAcap. He graduated from Massey University with a Diploma in Business Studies and a Master of Technology (with Distinction).

In Railways he was Resident Senior Engineering Officer (Signals) and was President of the Wanganui Branch of the Permanent Way Institute. Other work experiences include 24 years working with the Ambulance Service both in volunteer and paid roles as a Paramedic and Ambulance Tutor.

Warren is currently Technical Services Engineer employed by Spotless Services based at MidCentral District Health Board’s Palmerston North Hospital Campus. He is a member of the three Standards Committees overseeing four NZ and Australian Joints Standards and is Secretary of the NZ Institute of Healthcare Engineering. 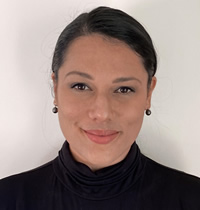 Appointed as a member of the Board in September 2020 as a ministerial appointment. Joyana graduated from the University of Auckland as the first Pacific woman in history with a degree in mechatronic engineering.

Initially employed in sheet metal manufacturing, her work focused on design for assembly for products servicing the IT, electrical distribution and earthquake resilience markets.

Wishing to pursue a more mixed professional domain, she moved across to industrial automation serving the logistics and aviation industries. Working from designing and commissioning low level controls, through to distributed systems programming and finally SCADA (Supervisory Control and Data Acquisition). She has contributed engineering solutions both on site and remotely for client projects across Australasia, America, Europe and the UK.

Her current role as a High Level Controls Team Lead at Daifuku Oceania involves overseeing and recruiting a team of multidisciplinary engineers delivering projects for logistics giants including TOLL, TNT, Target, IKEA and FedEx in addition to numerous international airports.

Joyana has been a guest speaker at numerous events here in NZ encouraging the younger generation towards a career in STEM.

Appointed December 2014 as a member of the Board on the nomination of the NZ Electronics Institute. Joining NZPO as a Radio Technician, Bruce qualified with a Radio Technicians Certificate and NZCE (Telecoms). He is an REA.

He has a long career within the telecommunications industry undertaking a variety of technical and management roles as the NZPO transitioned to Telecom and, now, to Spark. His experience included design and deployment of radio networks, field force management and commercial relationship management.

Currently Bruce works in Commercial Relationships for Spark utilising his technical knowledge to get best value for supplier spend. He also serves as the National Secretary / Treasurer for the NZ Electronics Institute.

Appointed as a member of the Board in September 2020 as a ministerial appointment. Colette is a registered practising architect working mainly in the Auckland region.

Colette’s 22 year career features a broad range of experience in commercial architecture and interior design for award-winning firms in Sydney and London as well as at home in New Zealand. She works effectively to deliver complex interior and architecture, fit out and refurbishment projects for major clients. Colette graduated from Auckland University in 1999 with Bachelor of Architecture, and also holds a Masters in Construction Management (Distinction).

Colette’s role as Business Group Leader at GHD, means that she oversees a national team of employees in Wellington and Auckland. Her role also entails leading projects for many Government Departments including Ministry of Justice, ACC and NZ Police. 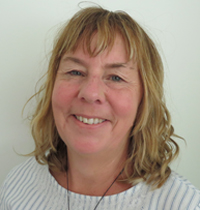 Appointed in September 2020 as a member of the Board on the nomination of Survey and Spatial New Zealand. Jo holds BSurv, is a Registered Professional Surveyor, a Licensed Cadastral Surveyor and MS+SNZ.

Jo has a 30 year career spanning both public and private sector. Her interest lies in occupational regulation and leads the Survey and Spatial Examinations Committee. The Committee competency tests by arrangement for the Cadastral Surveyors Licensing Board of New Zealand surveyors applying to become Licensed Cadastral Surveyors. This role includes leading policy changes and strategic changes to examination process.

Jo has many key working relationships in Government and private sector providing advice to Crown and Māori on Treaty Settlements, the Office of the Surveyor-General on Rule changes, Land Information New Zealand with input into the enhanced Landonline system and local councils working through subdivisional consents.

Surveying provides Jo with the great mix of indoor and outdoor work and encourages anyone with an interest in mathematics and the love of the great outdoors to consider surveying, engineering or construction as a career. 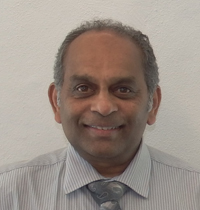 Appointed March 2018 as a member of the Board on the nomination of the NZ Institute of Gas Engineers. Danny is qualified with NZCE (Civil) and holds REA. 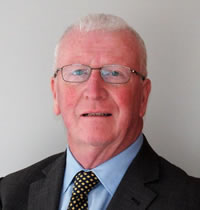 Roger commenced as EARB Registrar in July 2018 after a period of familiarisation from May 2018. Roger is qualified with ETC (Electrical) & NZCE (Telecoms). He is an REA. Roger has also completed business studies at university level and has undertaken professional development in the US and UK.

He commenced his career with five years in the fire engineering & electronic security sector in Christchurch. He later relocated to Wellington to take up an initial appointment as a technical engineer with a Government agency. This was followed by successive technical and advisory roles with increasing levels of responsibility. Roger completed his 34 year public service career in leadership and senior management with a highlight being an executive appointment as Acting Chief Information Officer for an agency within the NZ Intelligence Community.